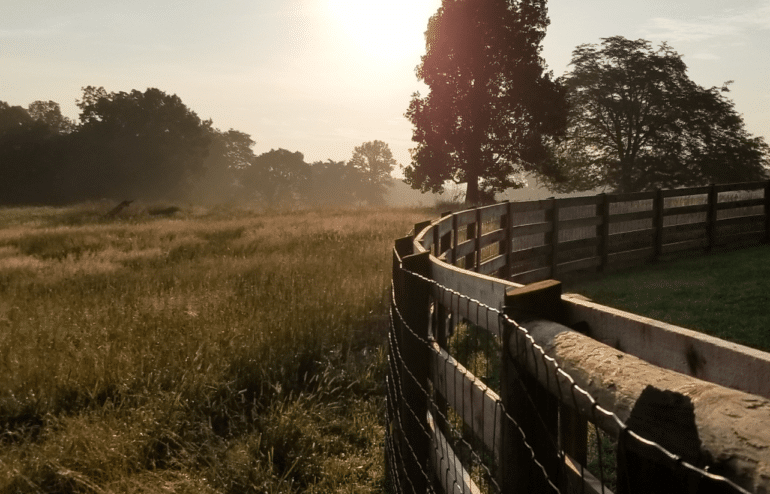 Responding in a Time of Need

CINCINNATI, Ohio – Greenacres Foundation and the L&L Nippert Charitable Foundation, legacy foundations of Louis and Louise Nippert, recognize that the Nipperts would always step forward when the community needed them. Due to the unprecedented impact of COVID-19 on individuals, families and businesses, Greenacres recognizes this as one of those times of need. In the spirit of the Nipperts, the Foundations’ Trustees are continuing their tradition and making donations to area charities.

“Coincidentally, Greenacres dedicated 2020 as the first year of “WWTND” — What Would The Nipperts Do? The idea was to engage employees and sharpen our focus on the mission and vision of Louis and Louise Nippert. Little did we know that the year would change so dramatically and that we would really have to think about WWTND in a whole new light.” says Carter F. Randolph, Ph. D., President of the Greenacres Foundation and the L&L Nippert Charitable Foundation.

Organizations were chosen from those that have been directly affected by the shutdowns and whose causes were important to the Nipperts. Not only will the funds be distributed to organizations that have a direct impact on the Greater Cincinnati area, but also Brown County where Greenacres has a new facility.

“It’s the right thing to do,” says Randolph, who grew up as a neighbor of the Nipperts and whose families were close friends. “The values they taught me have helped guide my decisions on managing these Foundations. When catastrophe strikes, you look out for your community. It’s the Nippert Way.” 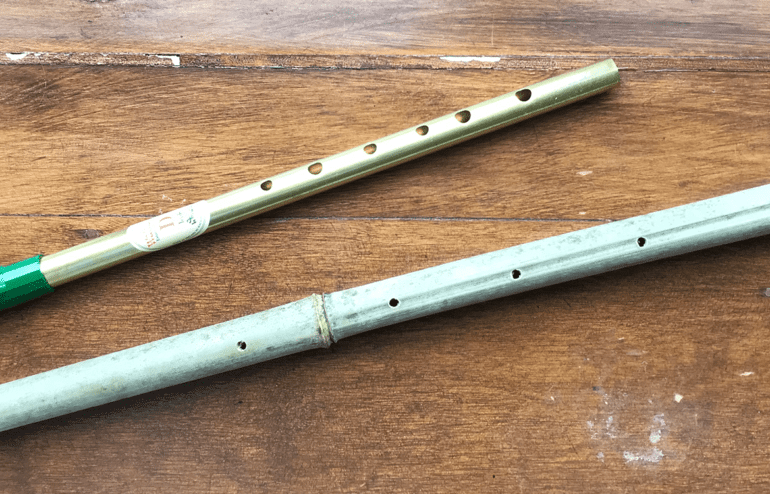 With a parent or guardian, go around your house and find items that you can use. This could be old newspapers, flower pots, cardboard boxes, rubber bands, sticks from the yard, brooms, or whatever else sparks your creativity. Now, make unique instruments with that material. Use your imagination! There are many types of instruments, so try to make a variety of sounds. Once everyone has an instrument, work together to make an awesome song! Maybe even record it to share with relatives, friends, and your neighbors here at Greenacres!

For more inspiration, check out:

Trashin the Camp from Tarzan
STOMP Live (this is their full performance, but feel free to skip around and find what you like) 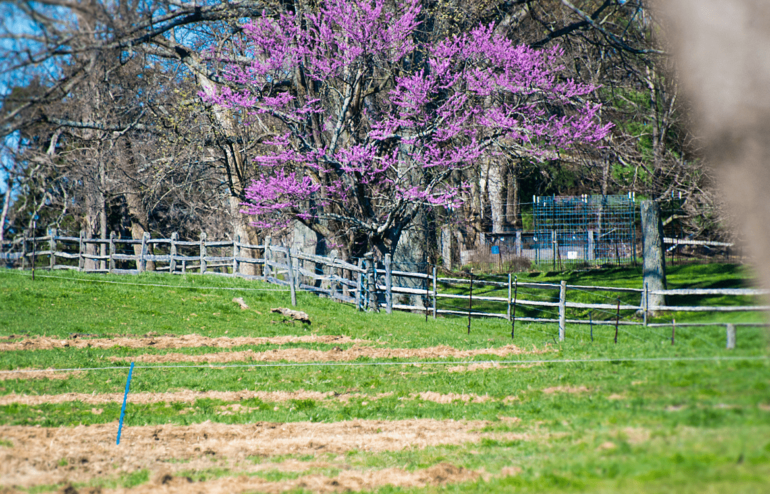 Tune in with nature by doing a simple activity called a sit spot. Find a comfortable spot out in your backyard, front yard, park, at a window or a parking lot. A sit spot can be done anywhere! Sit for at least five minutes and observe the natural world around you. Share your nature findings with each other. Nature is everywhere, you just have to look!

Having something to sit on: like a tarp, old cushion or jacket is a nice addition and helps keep everyone clean.

A sit spot is a special time for you and your family to connect with nature in a deep way. During this chaos, it is important to remember to slow down, that nature is healing and that we need nature in our lives. Sit spots are a great way to attain stillness, give space for curiosity, and connect to the world around us.

Begin by allowing each household member to find a place to sit in the yard, porch, park or wherever you choose. Let your children know that this can be their special spot, no one else’s. Try to spread out in the space to limit distractions. Be sure to set boundaries so your kids don’t end up in the neighbor’s yard. And now you simply just sit. No talking between each other. No letting your child show you something. I know this part might be hard, but it is important to be patient. Allow stillness and calmness to flow over you as you sit. Ask your children to make silent observations. These could be things they see, hear, smell or touch. We find it’s best to avoid taste when it comes to observing.

Start your first day with just 5 minutes. I recommend using a timer so you can make your own observations without worrying about the time. After the sit spot time is over, get together and let each person share their experience and tell their sit spot story. This is where the magic happens. Kids will notice infinitesimal things that us adults tend to overlook or have stopped noticing. As each observation is shared, ask guiding questions, such as “What color was the bird?” or “Did this smell a certain way?” or “What did you enjoy most about your sit spot?” 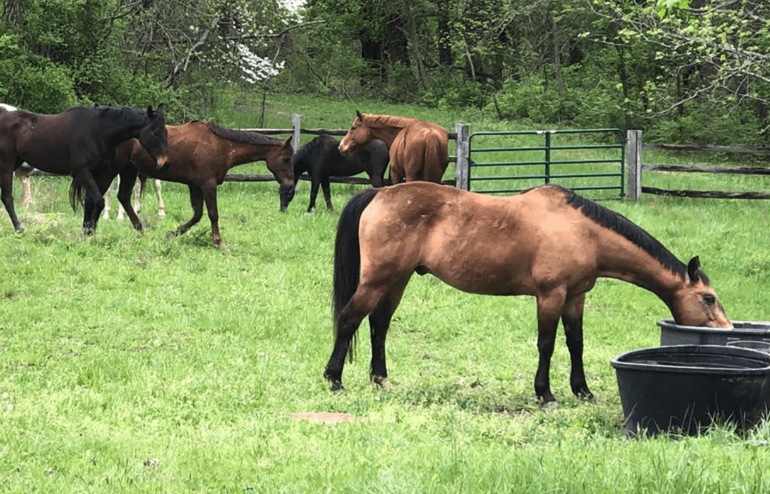 What Would the Nipperts Do?

A Letter from our President

Greenacres dedicated 2020 as the first year of  “WWTND”  — What Would the Nipperts Do?  The idea was to engage employees and sharpen our focus on the mission and vision of Louis and Louise Nippert. Little did we know that the year would change so dramatically and that we would really have to think about WWTND in whole new light. In response to COVID-19, Greenacres is taking the following actions:

These are internal steps but our team is dedicated to serving the community and wanted to do more. So we looked at what we can offer to help with the current challenge.  Here are additional thing Greenacres will be doing:

All of the above are actions that the Nipperts would approve of and would participate in. During WWII the going was getting very difficult in the Philippines due to rain – typhoon season. Jeeps and wheeled vehicles were bogging down in the mud and the enemy had the advantage of being entrenched while our soldiers needed to move forward and advance. The problem was discussed and a solution was proposed – send in the Cavalry, not the modern wheeled or even more modern helicopter Cavalry but the old fashioned horse Cavalry.  Mr. Nippert was a Captain who knew a thing or two about horses and called upon to head to Kansas and restart the horse Cavalry to be used to invade the Philippines.  Mr. and Mrs. Nippert headed west to Kansas and began to rebuild the horse Cavalry.  Mr. Nippert described the effort as challenging because so few of the chosen soldiers could ride a horse, let alone care for it.  The “old” Cavalry manuals were out of date and out of print and the horse Cavalry was needed in the Philippines now.  So Captain Nippert went to work training horses and soldiers and preparing to invade the Philippines. The day came for the Horse Cavalry to prove it was ready to leave Kansas with orders given to pack up and head to California to get on ships. As they prepared to depart, the typhoons ended and the Jeeps started rolling.  Captain Nippert received new orders – disband the horse Cavalry.  When he talked about this story which he did infrequently and with little detail, he always mentioned that he, like so many in the GREATEST GENERATION, never thought about the downside, the danger or the sacrifice they were making. They just thought about their country and their duty to answer the call, whatever it was.

Today, we are all being asked to answer the call to take on a new enemy, an enemy that is here among us, a virus.  WWTND? The answer is clear – answer the call and serve. Some will serve by growing more food, some by creating new education channels and some just by following the rules and self-quarantine.  In each case there is individual sacrifice, but those sacrifices are small compared to the sacrifice of the Greatest Generation in WWII.  It is time to pull together, do what you can and listen to and follow the lines of Bob Dylan’s “You got to serve somebody”.   It does not matter who you are, now is the time to serve somebody and the somebody I suggest is your neighbors and friends and serve them with kindness and care and follow the COVID-19 rules.  That is what the Nipperts would do.

Please stay healthy and happy and remember to serve someone.