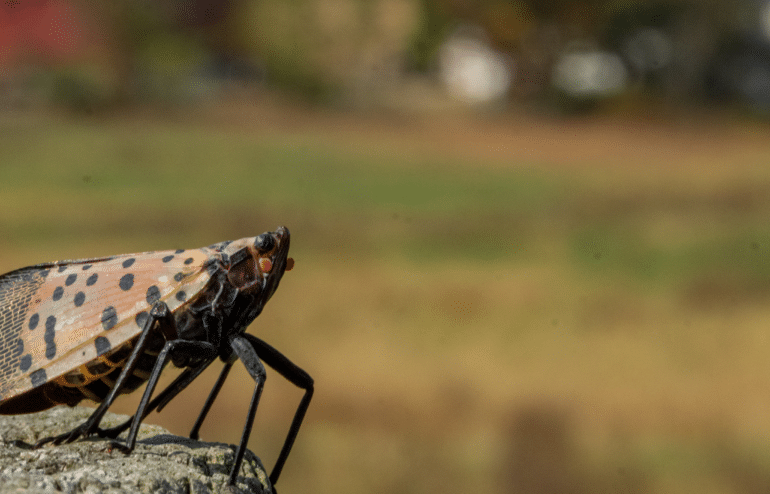 Traveling this summer?  Beware of unwanted hitchhikers.  The spotted lanternfly (Lycorma delicatula) has officially entered Ohio with a confirmed population in Jefferson County. This insect was first reported in Pennsylvania in 2014 and now resides in several eastern states.  Lanternflies are poor fliers but can hitchhike.  Large egg masses are formed and these masses are laid on trees, wood or rusty metal (e.g. old train cars). It is these egg masses that are often moved by human assisted spread.

The spotted lanternfly can congregate in large numbers and preferred hosts are Tree of Heaven and grapes but spotted lanternflies have been documented on a variety of species. These phloem feeders concern fruit producers as their large numbers can cause a nuisance.  They squirt honeydew from their abdomen (which can rain down on people) and this substance promotes the growth of black sooty mold.

If you are traveling east, do not pack up the lanterfly when you return home.  Check yourself and your belongings for any tag-alongs.  Adults are the easiest to spot and are most abundant late summer through fall.