Pulling out all the stops

Pulling out all the stops

Time and time again we’ve seen it. A group of students gather around the instrument that is before them. They may even be talking to their neighbor, unsure of what is about to happen. But the instant the organ begins to play, eyes shoot forward and everyone falls silent. All you see are the mesmerized faces of students and teachers alike, listening to the mighty sound of the organ. As a musician herself, Mrs. Nippert would have loved those faces of wonderment. The grandeur of the organ is truly magnificent, and the Greenacres Aeolian Pipe Organ is no exception.

Organs produce sound by pressurized wind flowing through pipes, making it a wind instrument. Built in 1926, this organ has 1,531 pipes ranging in size from as tall as 16 feet to as short as just a few inches. 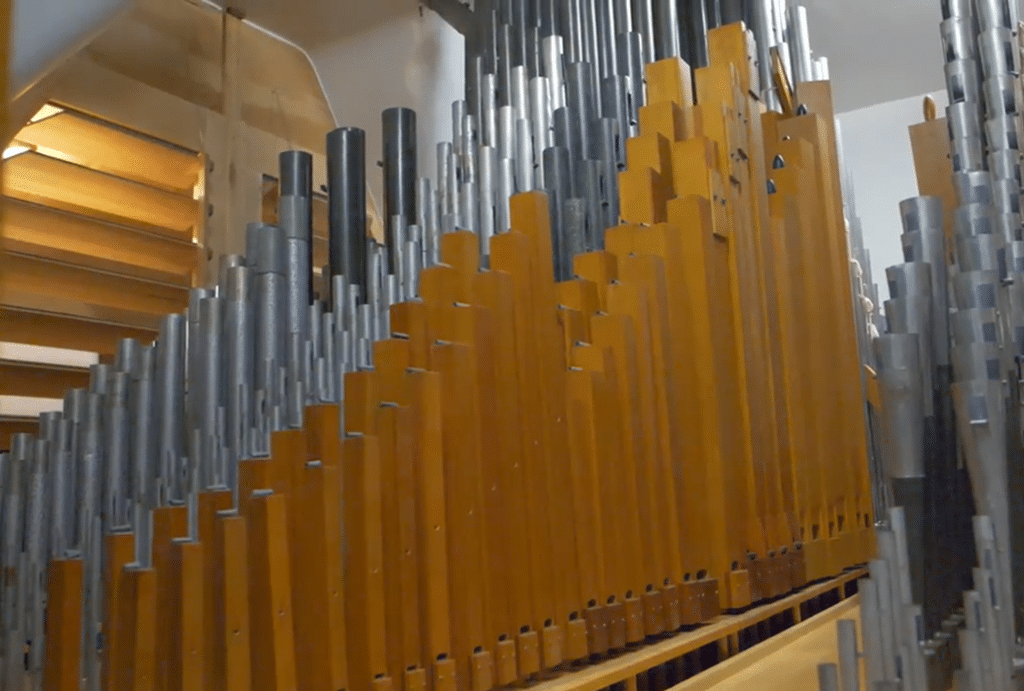 Each set of pipes, known as a rank, represents a different instrumental sound. Some of the many different sounds it can produce are trumpet, flute, and string. It is similar to an electric keyboard, where you can select the sound you want and the instrument plays in that particular style. Except with an organ, you select a specific sound by pulling out a stop. You can use as many different stops at the same time as you would like- one, or two… or all the stops! This is actually where the phrase ‘pulling out all the stops’ comes from.

It wasn’t until the 1500s that organs began taking the form we know today. But this instrument’s earlier forms actually date back to around 200 BC! Ctesibius, a Greek engineer, invented the hydraulis, which used water pressure to change the pressurized wind that made sound as it traveled through pipes. The hydraulis, or water organ, was well received for hundreds of years until people began replacing water pressure with large bursts of wind formed by bellows, which became popular in the 6th century. Since then, the organ has been re-engineered to become more and more intricate. This technology really took off in the 1800s when roll playing organs made their debut.

With all of its different bells and whistles, the Greenacres’ organ is capable of playing an endless amount of musical literature. By using the Duo-Art roll player, our organ can essentially play songs on its own, like an old fashioned YouTube! When you want to play a song online: you search for the song, select it, let the computer translate the information, and enjoy the song! When using a roll player: you look for a scroll, select one by placing it in the proper chamber of the organ, turn it on, the tracker bar translates the holes in the scroll into organ commands, and again the outcome is beautiful music! 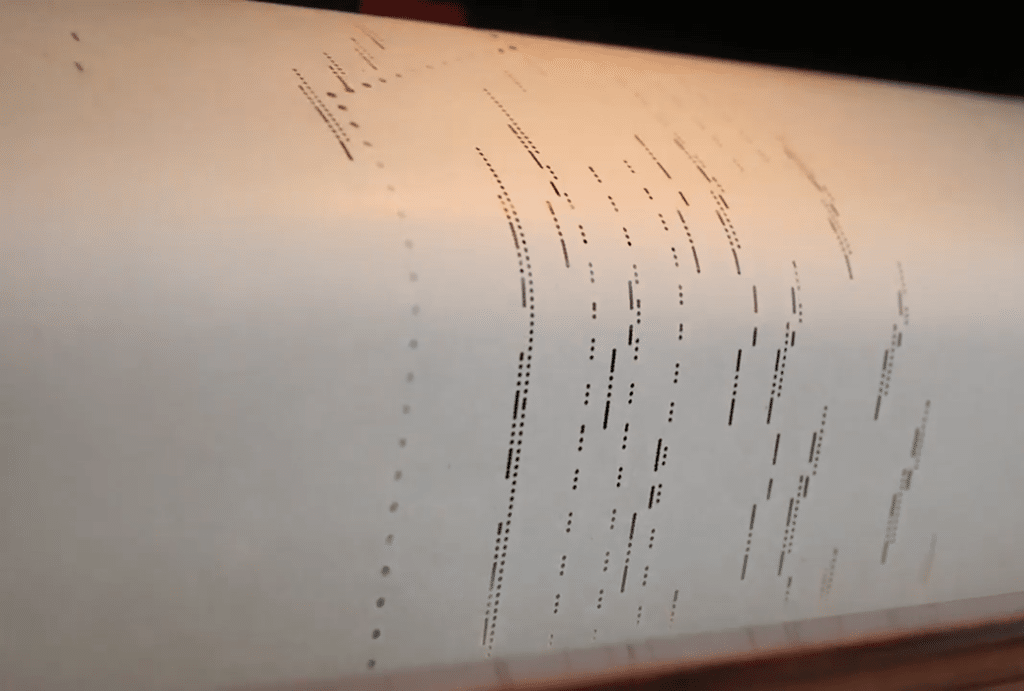 We have a large collection of scrolls, giving us the ability to play many wonderful compositions at our fingertips. It is exciting for all who witness it and is an amazing tool as we teach students about different composers from the past.

In addition to our organ, we have a 1925 Steinway Grand Piano that is also equipped with a roll player. By using our state of the art digital playback system, we can actually have the organ and piano play together at the press of a button! One song we can play this way is ‘Louise’ by Richard Whiting, one of Mrs. Nippert’s favorites, you can hear some of it in our video below. When the Nipperts bought what is now the Arts Center back in 1998, they saw the value in the organ, and decided to repair the incredible instrument. Before it was restored, the last time it was played was probably in the 1940s. But now, thanks to the Nipperts, we are able to share it with so many students and maybe one day, with you!

In the meantime, please enjoy our brief video featuring the Greenacres Aeolian Pipe Organ in all of its glory. Follow along with the handout and fill in the blanks as you learn about the different parts of the organ. Enjoy!