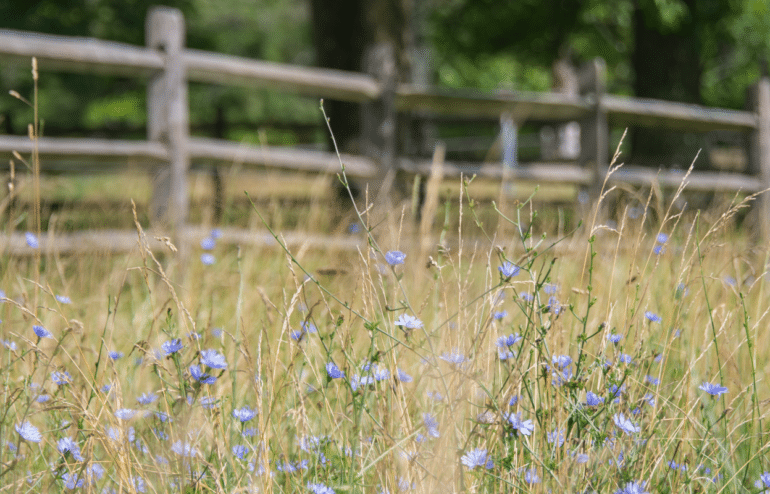 Bringing the Bobwhite Back

Bringing the Bobwhite Back

We see many potential benefits with planting native warm season grasses in our area. Aside from the added benefit on increased forage productivity during the summer months – when our perennial cool season pastures are suffering and the fescue endophyte causes a real challenge for our cattle – these native plant ecosystems also provide an added benefit for our area wildlife. Some of you may have heard of Bobwhite quail…but how many of you have seen them in recent years? Bobwhites were once prevalent in the area of Indian Hill, where our farm is located (northeast of the city of Cincinnati). However, since the 1970s Bobwhite populations have declined by 80% in southern Ohio. There are many reasons for their struggles but one of the top issues is lack of habitat. Bobwhites are an “edge” species, meaning they seek brushy habitat where woodlands connect with row crops, pastures and fields. But according to the USDA, this type of habitat is becoming harder and harder to find. Bobwhites are also ground nesting birds and depending on specific stages of their life cycle require a variety of types of cover. NWSGs, which are clump grasses (non-sod forming) provide a near perfect habitat for Bobwhites. The small birds (which are roughly the size of a softball) are able to maneuver in between the grasses in search of food while being protected from their numerous predators. The diverse mix of grasses and forbs found in a native prairie also bring in sources of food, in the form of seeds and insects. But we can’t just plant these native grasses and let them go. They need to be properly managed to keep the grasses from becoming so dense that the Bobwhites cannot move through the canopy. Research has shown that one of the best tools to manage these NWSGs is high intensity, low frequency grazing. When grazed properly, there will be different stages of plant growth which will fulfill the varying seasonal needs for Bobwhite habitat.
As part of our NWSG research with University of Tennessee, Greenacres hopes to fulfill our obligation to provide habitat for this wonderful bird species which is on the decline. In addition to the Northern Bobwhite, many other ground nesting birds, pollinators, insects, and animals thrive in a diverse prairie habitat. Of course, we’re not just going to say that we are accomplishing goal of providing Bobwhite habitat just because we have a successful stand of NWSG. We plan on monitoring the changes in this ecosystem over time, including the presence or absence of Bobwhites. Hopefully the data we collect can be shared for the benefits of others who have aspirations of adding more diversity to their land or production systems.