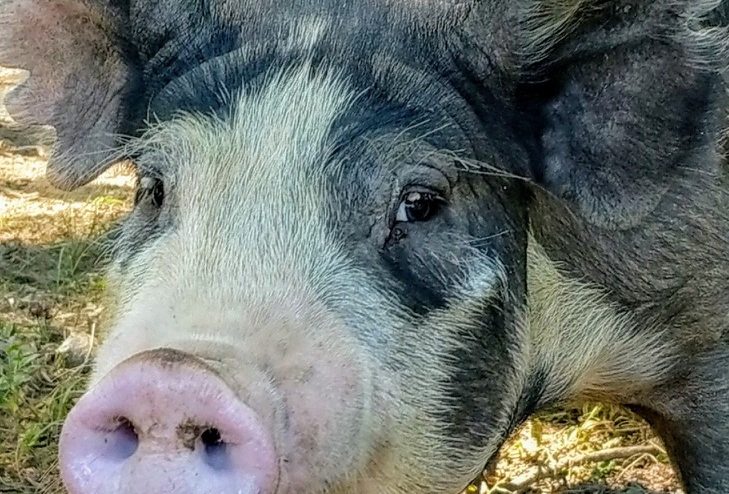 We have been researching honeysuckle and other invasive plant removal techniques to rid our property of these species.  In 2017, we began studying a biological control method of removal using our woodland raised hogs.  Hogs have a natural tendency to uproot vegetation for food, so we thought they would be perfect for the job. We set up 3 research areas: one control (1/2 acre) and two treatments (1/2 acre and 1 acre “A”). The hogs rotate through the treatment areas every other year.  The one acre treatment had hogs in 2017 and again in 2019.  One month after the hogs were removed from the treatment area, we collected vegetation data by randomly placing 1 m2 plots in the areas and counting species.

We calculated species richness (number of different species) and species diversity.   Each year, treatment areas had a higher species richness compared to the control area (see Figure 1). To calculate species diversity we used the Simpson’s Diversity Index. The treatment areas, when compared to the control areas, have a higher diversity each year (See Figure 2).  We are further looking at these data to analyze how the hogs have impacted invasive plants. Our data will be shared with our livestock crew to inform future hog management decisions. 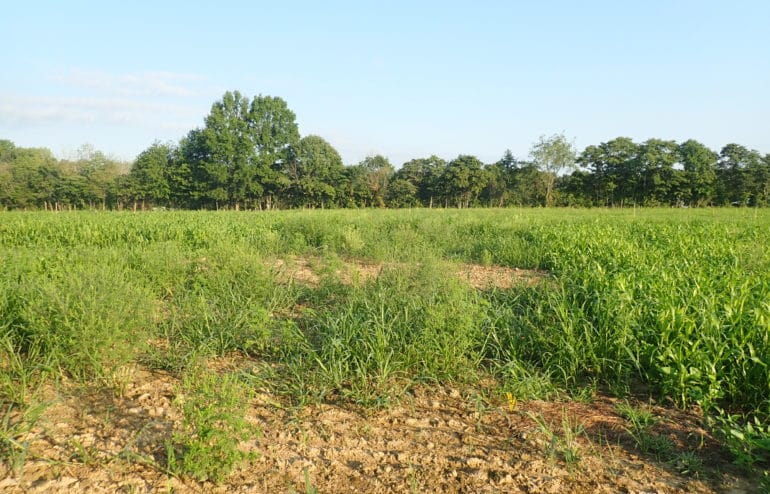 As the weather started to cool down, we had to finish our native warm season grass counts. Our third and fourth counts were very similar in the how they were conducted. We counted the grasses again, but also recorded their heights. We still took note of any weeds or cover crops in the plots. The grasses were much larger than any other counts and easier to identify.

Wading through the sea of cover crops during the colder mornings made it look as if we just fell into a pool with our clothes on. It is safe to say we were very wet and very cold. As the cover crops grew, some areas were taller than us and very hard to walk through. Other areas were so dense it affected the growth of our grasses and our ability to find them.

The idea behind the study was to have the cattle grazing the cover crops while the grasses grew below.  We enjoyed watching the cattle being released into the research area (thanks Megan for the video clip below). One lesson learned this year was that the plots need to be grazed earlier to prevent the cover crops from growing too large. With shorter cover crops, the grasses will receive more sunlight and not be covered by the trampled plants.  One of the first days the cattle were grazing a big storm came through the area, so the cattle were pulled to limit damage to the native grasses. With the weather and amount of cover crop available, the cattle grazed at a slower rate than expected. More cattle were brought out to speed the grazing process up. Adjustments will be made for next year.